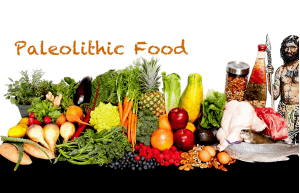 What Is the Paleo Diet?

We need to understand the fundamental premise of a diet before we can determine if it is appropriate for our situations. Most diets discourage consumption of large quantities of meat and restrict carbohydrates. Fruits and vegetables seem to be the most common recommendations of modern diets. On the other hand, the Paleo diet encourages meat protein, for reasons described later in this discussion.

Paleolithic refers the to historical period commonly described as the Stone Age. The Paleo Diet has been dubbed the ‘Hunter Gatherer Diet’ because it consists primarily of hunted food (meat and fish) and gathered foods (fruits, nuts, vegetables). This diet is that of early humans of the pre-agricultural period.

The Paleo Diet principal poses that modern-day humans are genetically conditioned to eat like our ancestors. Thus, the Paleo diet imitates those foods that would have been available on earth before the intervention of agriculture as we know it. The Paleo diet consists of high-nutrition foods like lean meats, seafood, and fruits and vegetables. Ingredients created after the agricultural revolution are to be avoided. These are grains, dairy products, sugar, and salt. We all know the role of these ingredients in battles against weight gain and poor health.

Many athletes are enthusiastic about the high protein component of Paleo meal planning. The Paleo choice of vegetables should include root vegetables, but exclude white and sweet potatoes. These foods (root vegetables) are considered to be healthy since they are generally free of additives.

Those are the basics. Now, armed with this knowledge, you may ask yourself, “Should I switch to the Paleo diet lifestyle?” One of the obvious benefits to being on a Paleo diet is that it can help you lose weight. Its naturally low level of carbohydrates results, predictably, in low caloric counts. Low carbohydrates also have fewer of the risk factors associated with coronary heart disease. The Paleo diet is also naturally high in fiber, which lowers the risk of diabetes, the risks for heart disease, and assists the body’s ability to lose weight.

The Paleo diet is naturally allergen free, unlike many manufactured products which contain gluten and casein. These ingredients are known causes of allergies. The foods associated with Paleo dieting naturally exclude unhealthy additives like sugar, salt, saturated and trans fats, and hydrogenated oils, since these additives are all products of the post-agricultural period.

This site uses Akismet to reduce spam. Learn how your comment data is processed.