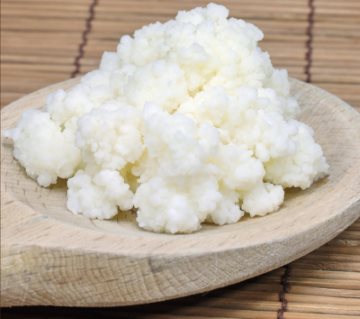 There are no shortcuts to losing weight, and key to long term success are three things: a healthy diet, exercise, and willpower. However, a fourth item can now be added to this list: probiotics.

A recent study by Canadian scientists followed two groups of people on a calorie controlled diet. Half the dieters were given a probiotic supplement and the other half a placebo tablet. After 24-weeks the results were startling because the women in the probiotic group lost twice as much weight as those taking the placebo pill. How could this happen?

The answer lies in the number and types of bacteria in the human gut. Research showed a difference in the bacterial population depending on whether the person was slim or heavy. Apparently the food eaten by overweight people fed bugs that favored a high fat, low fiber environment. This pushed out the healthier bacteria that thrived in the opposite conditions, and changed the natural balance in the bowel.

But this is of more than academic interest because “fat” bacteria also had an impact on a person’s general health. Firstly, the bugs made the bowel wall leakier which allowed certain molecules to pass from the gut into the blood stream, and these molecules were involved in the development of type-2 diabetes, obesity, and food allergies. Secondly, they inhibited the production of leptin, a hormone which suppresses appetite.

Even better news is that probiotics are easily available either in fermented foods such as yogurt, kefir, buttermilk, and sour dough bread, or as a dietary supplement.

Mention probiotics and most people think of live yogurt. However, choose your yogurt carefully because the milk sterilization processes can kill bacteria. Study the label and look for products that are described as lacto-fermented, raw, or unpasteurized for a healthy dose of bacteria.

Another rich source of probiotic is kefir which is a fermented milk drink, and is volume-for-volume three times richer in probiotics than live yogurt. You can drink kefir by the glass, or use it to make smoothies or milk shakes in the same way as regular milk. If kefir is not available in your area, consider ordering a starter pack and making your own at home. Another food option is sourdough bread which contains probiotics, as does buttermilk, and miso soup.

If you prefer to take a dietary supplement then chose one containing lactobacillus and bifidobacterium with a concentration of at least 20 billion live organisms per dose. This sounds like a lot of bacteria, but don’t worry, your body can cope. You also need to bear in mind that the same study that showed weight loss in women, failed to demonstrate any benefit for men. The reason? Scientists believe the men didn’t receive a high enough dose of probiotic. It seems when you want to lose weight, bacteria are one thing not to cut back on.

There was an error connecting to the Amazon web service, or no results were found for your query.

This site uses Akismet to reduce spam. Learn how your comment data is processed.